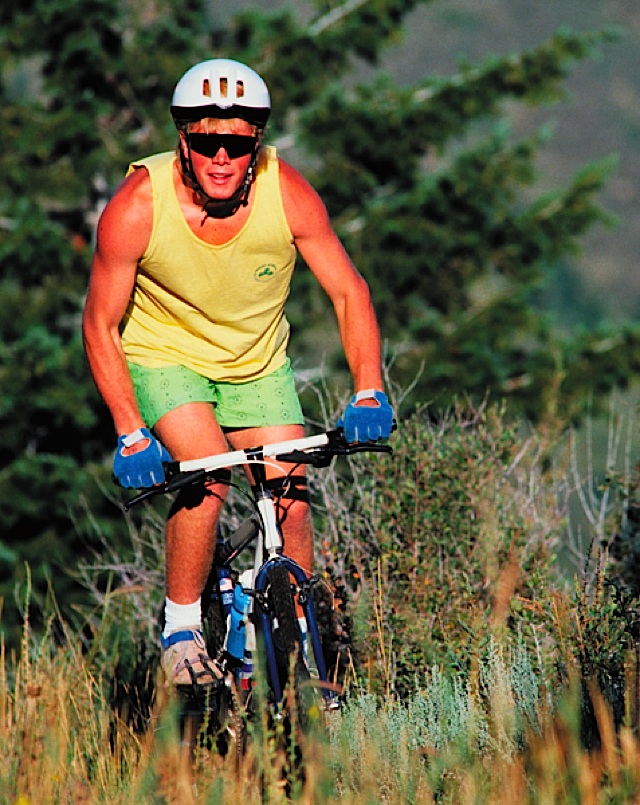 The Delphi Historic Trails system now has over 10 miles of groomed trails. They are wide, crushed limestone surfaces, and they lead to some of the most interesting things. Trails have been constructed over several years, primarily by volunteers, and they are open to walkers, runners, and bikers. A trail map brochure with descriptions is available at Canal Park, the City Building, and other locations in Delphi.

Places to start include:
The trails map shows all the trails and their access points. Informational displays are strategically located along the trails. The Wabash & Erie Canal Park and Interpretive Center on North Washington Street provides abundant information about the Canal and its history. 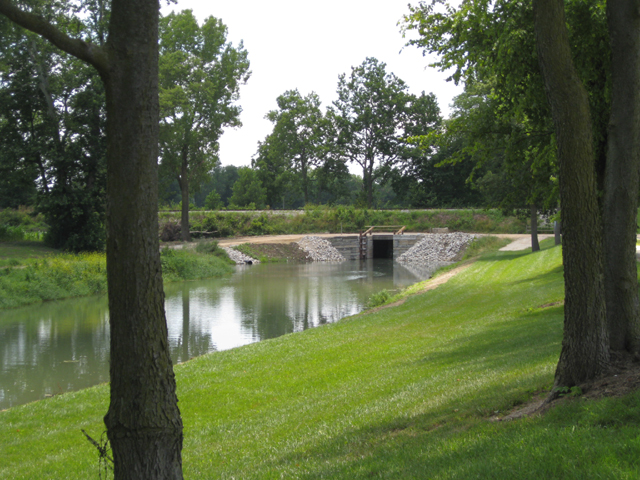 
The Underhill Towpath Trail takes the hiker from the Highway 421 crossing to North Washington Street. Canal Park is a main attraction along the way. The newest additions there are the canal boat and the guard lock.

The Wabash and Erie Canal Conference and Interpretive Center offers meeting facilities and interactive exhibits to tell the fascinating story of life during the 1850s canal era. The canal village with the refurbished Federal style 1844 Reed Case House and other historic log cabins and blacksmith shop, provides hikers and visitors ample things to see and do. 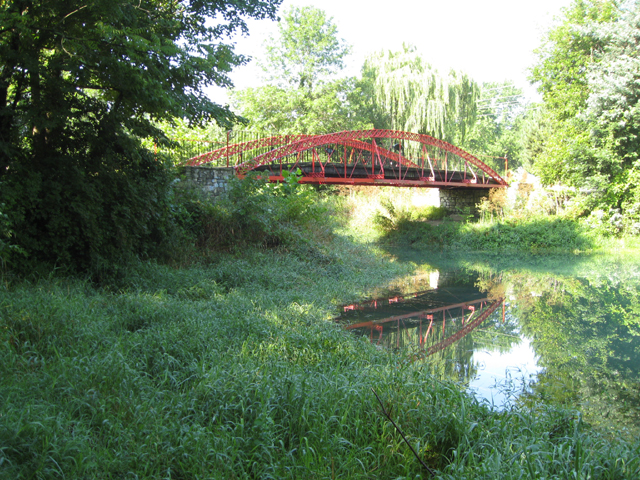 From North Washington Street this trail takes the hiker along the west side of the beautiful, rewatered section of the canal, past the restored 1873 red iron bridge and ends at Founders Point where the 'tumble' brings the million gallons of fresh clear water from the Delphi Limestone Company's diversion pumps. The tranquil setting for the rest area at the point will allow the hiker time to reflect on how this 150 year old waterway might have looked during its heyday. 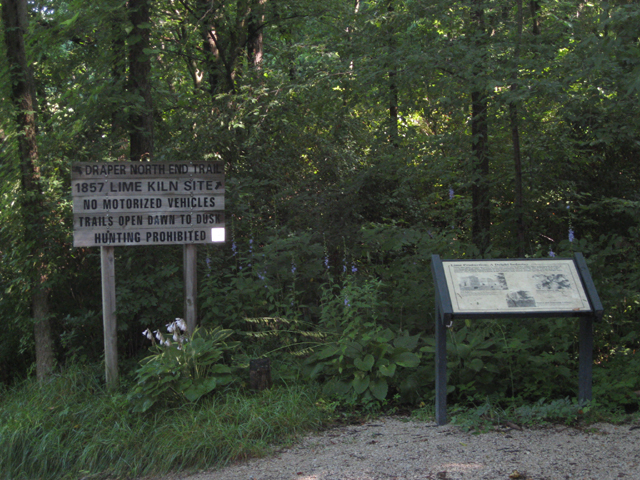 This trail leads from Founders Point to the Riley City Trail. An easy walk from Founders Point takes the hiker past the old Lime Kilns of the 1850s, where locally quarried limestone was 'burned' to produce plaster and whitewash. Commercially, these lime products were some of the best quality in the country and were transported as far away as New York City (via canal). You will also see the restored 1873 Paint Creek iron bridge. The trail then passes the widewater canal boat turnaround and loading area in Canal Park Annex and then joins the Riley-City Trail. 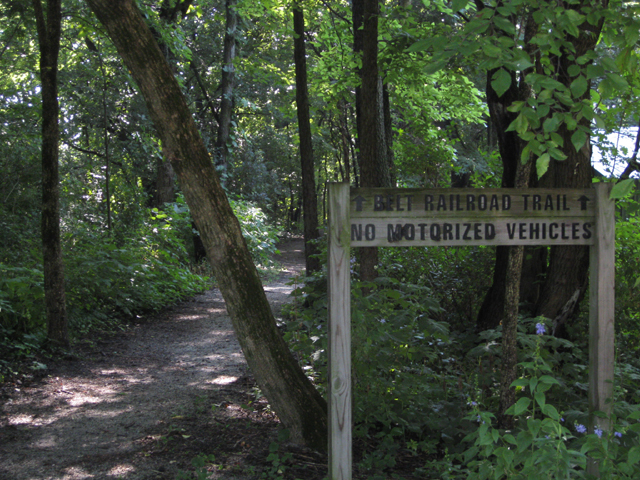 This trail leaves the North End Trail at Canal Park Annex and follows the century old Delphi Commercial Club's path to a potential industrial site near the Golf Course. The most active commercial ventures were the Harley Brothers Lime Kilns, which ceased operations in 1917, and the Ice Plant, which ceased in 1950. 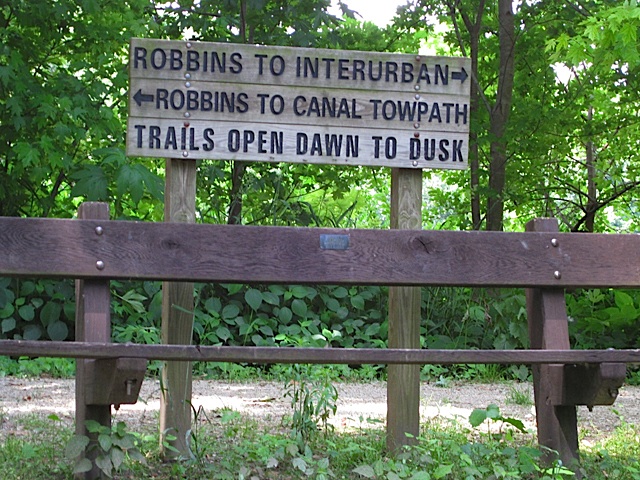 Starting at Trailhead Park and crossing the suspension bridge over Deer Creek will lead the hiker to the choice of walking to the left and following the system of trails that is described progressively, or going right and reversing the order of trails listed here from bottom to top. The Robbins trail generally follows the beautiful banks of Deer Creek and was named for the generous landowners who allowed this path to skirt their field. 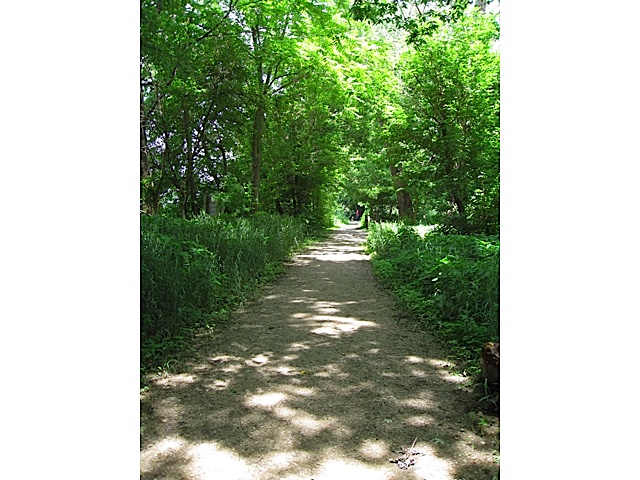 VanScoy Towpath TrailFrom Sunset Point to Highway 421, the VanScoy Trail contains a most beautiful part of the towpath, especially the section nearest the Wabash River. This trail also passes by the 1838-39 Irish Canal Construction Camp, Canal Lock #33, and two prosperous paper mills that operated in the mid-1800s. The extreme south end of the trail is "Sunset Point" where Deer Creek meets the Wabash River. A rest area provides the hiker a serene view of the waterways at a point where the Deer Creek Dam once provided a lake for the canal boats to cross the creek without an aqueduct.

After leaving the VanScoy Trail, this trail overlooks the Wabash River and then traces theold millrace up to the paper mill sites where it rejoins the VanScoy Trail. The mills received their power from the surplus canal water which exited to the river after powering the mill wheels.

From the small parking area along State Road 25 just south of Trailhead Park, hike up the slope to find the mystifying bluff overlooking the confluence of Deer Creek and the Wabash River. During the canal operational years of 1840-1874 the dam provided a “slack water” crossing for boats. The demise of the last boat to reach this site was due to the boat crashing into the rotting wooden spillway, which collapsed the dam. Boat, cargo, driver, and mules were all dashed into the river and drowned. A guard lock was located at the far end of the loop.

Connecting the outlying trail system with the downtown, this trail follows streets through beautiful old residential and commercial portions of Delphi including passing by the Court House and City Building. The Carroll County Historical Museum is located in the southwest corner of the Court House. Restaurants, coffee shops, boutique and antique stores abound on and near the Court House Square. This trail provides a connection with the Riley-City Trail. A description of buildings on this tour and a separate detailed map are provided.

This urban trail runs from the southern tip of Canal Park Annex through the city to its junction with the Interurban Trail. It follows city streets and sidewalks through Delphi to the suspension bridge where it crosses Deer Creek and enters Riley Park. It then follows along Deer Creek and under the highway where it continues through Riley Annex. The trail crosses Deer Creek again to follow Hamilton Street to the junction of the Interurban Trail at the parking area. Historic homes and tree lined streets as well as Riley Park, named for Hoosier poet James Whitcomb Riley, afford a reflection on the architecture and park setting of this historic community.

A description of buildings on this tour and a separate detailed map are provided.

Within Riley Park is also a measured, paved walking trail with exercise stations. 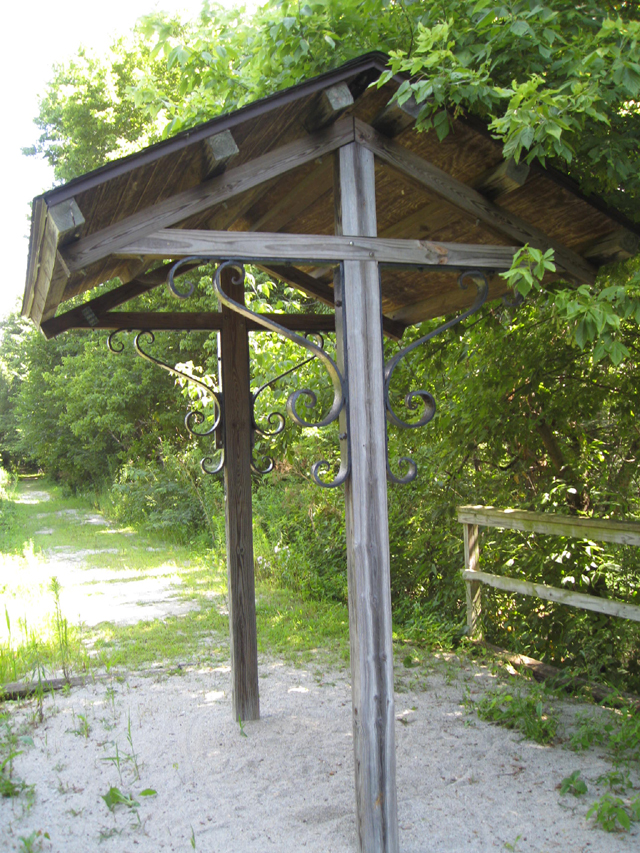 From the parking area at the highway near Arby's to VanDerVolgen Overlook and Rest Area, this interesting trail has heritage dating back to the early part of this century. Commuter electric trains, called "Interurbans," ran on narrow tracks along the elevated portions of the trail. The trains ceased operation in the 1930s. The VanDerVolgen Rest, named for the Canal Park's beloved late blacksmith, is on the high pillar of a bridge abutment overlooking Deer Creek and the beautiful Deer Creek Falls. 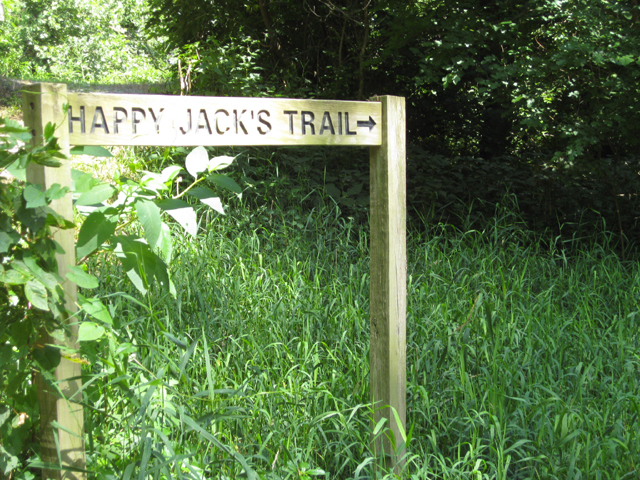 Branching off the Interurban Trail at the site of the old Smith Dairy Farm, this trail continues to Deer Creek Falls. It passes by the site where Carroll County Court was first held in Daniel Baum's cabin in 1828. This beautiful trail loops along the north bank of Deer Creek and rejoins the Interurban Trail at the east end of the Robbins Trail across from Deer Creek Falls. The return to Trailhead Park and the suspension bridge is by the Robbins Trail.

From City Park on East Main Street, leave your car and hike Main Street to the “Y” and take Old Camden Road on your right, cross the millrace creek and proceed up the slope to where the old street meets the abandoned Monon Railroad. Just to your left at the top of the slope is the Centennial Stone (1816-1916) dedicated to General Samuel Milroy who platted Delphi in 1828. An historic marker dedicated to Milroy is also at this location. Cross the highway overpass and you are on your way to High Bridge, Indiana’s second highest railroad creek crossing. Return the same way. 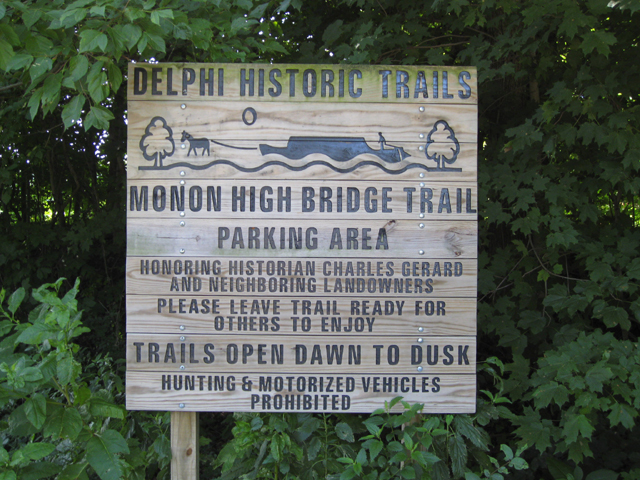 High Bridge Trail Sign
Access to this trail is also available from County Road 300 in the Deer Creek Valley Historic DIstrict. Accessible from this trail is the Mary I Gerard Nature Preserve, six acres of beautiful bottomland woods downstream of High Bridge on Deer Creek.

A perfect place for a peaceful hike in the woods next to the Tippecanoe River is at Moyer Gould Woods. The 77-acre site is protected by the NICHES Land Trust and has been in the Classified Forest program for many decades. It is located on US Highway 421, 1.25 miles north of the intersection with SR 18 north of Delphi. The entrance to the property is back a lane lined with black walnut trees. The 1.5 mile loop trail includes some steep slopes and descends near the half mile of river frontage. The area features many interesting botanical and geological features.

The Adams Mill Oxbow Natural Area is a protected 50-acre wetland with a one-mile walking trail. The C.J. Baker Nature Trail was dedicated in 2011 and is named for Carroll Baker who was dedicated to natural preservation. It is located near Adams Mill Covered Bridge, across the road from Adams Mill, east of Cutler on County Road 100 E in the southern part of Carroll County. Parking is available across the road from the Mill at the DNR fishing access point.


Carroll County also offers an abundance of miles of lightly-traveled country roads that are perfect for bicycling. The Scenic Routes Map shows the following two bike routes through the countryside:

Bicycle Route #1 traverses through a gently rolling landscape of farms, down into the Wabash River Valley, and along Towpath Road which parallels the remains of the Wabash and Erie Canal.